In 2013, the Obama administration announced the Brain Research through Advancing Innovative Neurotechnologies (BRAIN) Initiative, unveiling plans to make a bold investment to understand the human mind with the intent to uncover ways to prevent, treat and cure brain disorders like Alzheimer’s, autism, and epilepsy. 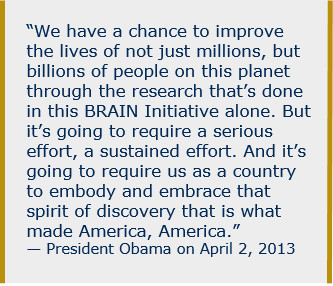 UC Davis answered the call with the BRAIN-STIM: Grand Challenge Initiative in Brain Science to identify and support innovative interdisciplinary projects with the potential for high-impact discoveries in brain science. Five teams will receive up to $200,000 each over a two-year period.

“The BRAIN-STIM program will help to stimulate interdisciplinary neuroscience research across the campus and enable UC Davis neuroscientists and collaborators to develop compelling preliminary data to support applications for Brain Initiative awards from the National Institutes of Health and other sponsors,” said Cameron Carter, executive director of the Behavioral Health Center for Excellence at UC Davis. “The center is excited to partner with Vice Chancellor Harris Lewin and his team at the Office of Research in supporting these awards.”

Nineteen proposals were received from a diverse array of UC Davis researchers in areas including molecular and cellular investigations, imaging paradigms, analysis tools, and recording and modulation. All proposals went through a rigorous review process led by an external panel of distinguished scientists from a broad range of disciplines. The most competitive proposals described transformative research with the potential to lead to paradigm shifts within the field and defined a strong plan for advancement beyond the initial funding period.

“Our goal with the BRAIN-STIM program is ensure that UC Davis researchers can conduct high-risk, high-impact experiments that will lead to significant innovations in treating neurodegenerative, behavioral and mental disorders,” said Harris Lewin, vice chancellor for research at UC Davis. “With funding going to faculty at our three leading interdisciplinary centers conducting research in these areas, the MIND Institute, the Center for Mind and Brain, and the Center for Neuroscience, our campus is ideally positioned to be among the world’s leading institutions in the effort to map the human brain.”

The funding, which comes jointly from the Office of Research and the Behavioral Health Center for Excellence (through funds established from the State of California and directed for mental health research and health care improvement), will allow interdisciplinary research teams to provide the proof of principle with preliminary data that is vital to secure funding from the Obama BRAIN Initiative.