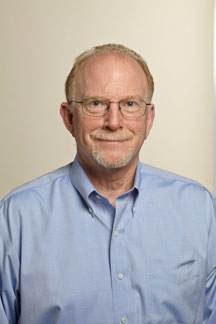 John Morrison, an authority on the neurobiology of aging, has been designated as the next director of the California National Primate Research Center at UC Davis, with a proposed faculty appointment as professor of neurology in the School of Medicine.

The appointments are pending review and approval by the university’s academic review process and the chancellor. His start date would be Oct. 1.

Morrison will be leaving the Icahn School of Medicine at Mount Sinai in New York, where he is the dean of Basic Sciences and the Graduate School of Biomedical Sciences, professor of neuroscience, and the W.T.C. Johnson Professor of Geriatrics and Palliative Medicine. His research focuses on the ways in which cellular events and changes in brain connections lead to age-related cognitive decline and dementia.

He has been recognized with prestigious awards and has served on numerous National Institutes of Health advisory panels, editorial boards and scientific advisory boards for several foundations, including the American Federation of Aging Research and the Society for Neuroscience. Morrison co-founded Neurome Inc., a company that was centered on the development and analysis of models of Alzheimer’s disease.

“John Morrison is one of the world’s leading authorities in understanding the molecular and anatomical bases for cognitive decline in the brain of aging primates,” said Vice Chancellor Harris Lewin, who heads the UC Davis Office of Research. “With John’s joining our faculty, UC Davis will be in an unparalleled position of leadership in the neurosciences, adding significant strengths that align well with the new national research programs in precision medicine and mapping the human brain.”

As the director of the California National Primate Center, or CNPRC, Morrison would lead one of the foremost nonhuman primate research centers in the world.

“The center has tremendous potential to deliver profound discoveries in human and animal health given its current strengths, the commitment to its success from UC Davis, and the fact that it is embedded in a university with extraordinary breadth and depth in basic and applied biology,” Morrison said. “I look forward to working with my new colleagues to build the CNPRC into the translational powerhouse that we all envision.”

Julie Freischlag, vice chancellor for Human Health Sciences and dean of the School of Medicine, said: “We are thrilled to have John Morrison join the UC Davis team and we regard this recruitment as an excellent collaborative effort involving multiple schools, the Office of Research and the provost’s office.”

Michael Lairmore, dean of the School of Veterinary Medicine, added: “We are excited about the recruitment of Dr. Morrison, a world-class researcher and experienced administrator. He will bring a wealth of experience in research and leadership that will enhance the outstanding scientific foundation of biomedical research established at the CNPRC as it helps build the future of basic and translational medicine at UC Davis and beyond.”

The CNPRC is part of a national network of seven centers that provides specialized facilities for biomedical research that leads to new diagnostics, therapeutics, and clinical procedures that enhance quality of life for both humans and animals.

Research at the CNPRC has led to advances in the treatment of HIV/AIDS, lung diseases, autism, and an understanding how environmental pollutants can affect lung health, immunity and reproduction.

The center is currently home to over 5,000 nonhuman primates, mostly rhesus macaques as well as some long-tailed macaques and titi monkeys.