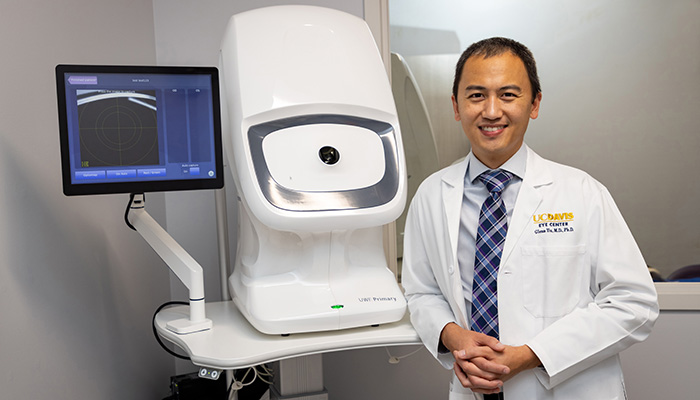 The UC Office of the President announced that it has awarded $16.4 million in grants over four years to 21 exciting new projects across a wide range of disciplines and topics as part of UC’s 2023 Multicampus Research Programs and Initiatives (MRPI) competition.

Four of these projects come from UC Davis researchers who are leading impactful advances in the areas of health, climate change and quantum electrodynamics.

Several projects funded this year focus on the interconnection between climate change and health, and are aimed to benefit Californians, especially the vulnerable and historically marginalized communities.

A $1.1 million grant awarded to Clare Cannon, an assistant professor in the Department of Human Ecology, will aim to help reduce higher levels of air pollutants that tend to occur in low-income communities of color. Cannon is leading the research with collaborators from UC Irvine and UC Merced.

For years, disadvantaged communities in California have advocated for access to clean air. The Community Air Protection Program, a state-run program launched in 2017, has been working to help detect air pollution hotspots in communities. Now, with the help of the grant researchers will be able to use cost-effective, scalable new tools that could measure toxic metals in the air. The goal is to collaborate with residents and government agencies on efforts to improve air quality and health in Southern California, the San Francisco Bay Area and the San Joaquin Valley.

Anthony Wexler, a distinguished professor in the Department of Land, Air, and Water Resources, and a co-PI of the project, has developed these new tools with funding from the California Air Resources Board.

With a 1.3 million MRPI grant, Brittany Chambers, an assistant professor in the Department of Human Ecology, plans to develop a hub for UC community research –– a participatory approach that will include members most affected by health inequalities. With a focus on birth and reproductive justice, the project will draw on successful community-driven research collaborations to formalize a model that will train and authentically engage community members as researchers and partners. Building this model will provide a foundation for centralizing community perspectives using anti-racist research.

The project is in partnership with UC Berkeley and UC San Francisco.

Marina Radulaski, an assistant professor in the Department of Electrical and Computer Engineering, has been awarded a $300K grant to foster interdisciplinary research and collaboration on quantum information systems.

The research aims to study the parallels between cavity QED (Quantum Electrodynamics) and circuit QED –– both of which study the interaction between light and matter at energy levels of optical and microwave –– and contribute to the development of quantum internet and distributed quantum computing. This could drive the research in quantum communications, simulation and computing at a much faster rate. The team plans to meaningfully engage a diverse group of students in education and hands-on research in quantum information.

The project is in collaboration with UC Berkeley, UC Merced and UC Santa Cruz.

Diabetic retinopathy, a complication that affects blood vessels in the eye, is the leading cause of blindness in adults. Early detection and treatment are critical to prevent vision loss. Yet, fewer than 50% of the 3.2 million Californians with diabetes undergo recommended annual eye screening.

The goal is to expand eye care access for diabetics, particularly for underserved populations. The project will utilize digital medical equipment for teleophthalmology or “remote” ophthalmology. 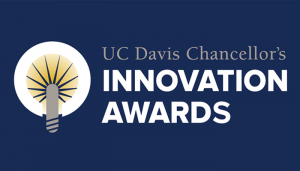 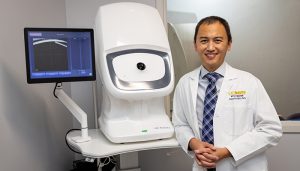 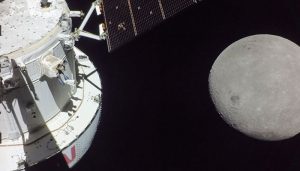 Read More
← To the Moon and Back: UC Davis Plays Role in Historic Artemis I Mission Nominations for the Chancellor’s Innovation Awards Due March 15 →