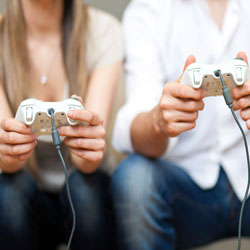 The rapidly growing academic field of game studies has been grappling with the cultural functions of games and gamification. 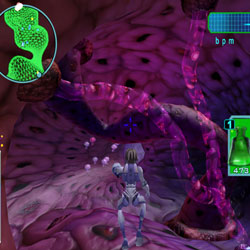 Why It Is Important

By some measures, the video game has become the most significant medium of contemporary culture. Today, gaming represents not only the most profitable sector of the global entertainment industry, but also one of the most dynamic and innovative arenas for social expression and critical thought in our increasingly high-tech world. Both corporate and independent game developers are constantly expanding the capacities of the medium, in terms of technical virtuosity as well as aesthetic and philosophical complexity. Games and game technologies are now used in an immense variety of contexts beyond entertainment and artistic expression, including education, public outreach, politics, business, military training, medicine, and even scientific research. A term to describe the expansion of games and game technologies into all these different aspects of modern life has now become common parlance: gamification.

Game studies has emerged over the last few years as a preeminent sector of the digital humanities. It has become increasingly clear that the study of games and gamification in contemporary society needs a two-pronged approach:

We aim to create a world-class research center for the digital humanities, focused initially on four overlapping research programs:

Play the Knave—A Video Game for Shakespeare in Performance

Windows that offers users a chance to stage and perform in a Shakespeare play is now fully functional. Users craft their own production of a scene from Shakespeare, choosing set design, music, lighting, costumes, and theater space. They then perform the scene, karaoke-style, using their own bodily gestures and voices to animate their on-screen avatars. The Kinect camera picks up skeletal data from users, mapping it onto the 3D avatar on screen, so that the avatar mirrors each user’s gestures in real time.

This project was exhibited in the lobby of the Stratford Festival Theatre in Stratford, Ontario, at the Davis Arts Center, and at the Utah Shakespeare Festival. BBC news ran a feature story dedicated exclusively to Play the Knave. 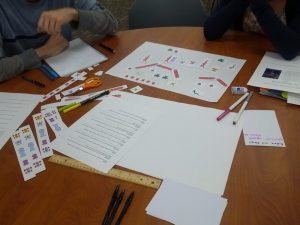 GameCamp! by Modlab is a series of game design workshops tailored to the UC Davis community. It combines creativity drills with technical training and hands-on instruction to enable individuals to begin creating video games on their own.

GameCamp! successfully solicited 7 complete games in its first annual game jam. The project was exhibited at the #SynchDH conference in Santa Barbara, CA, as well as the HASTAC Conference at Michigan State University. 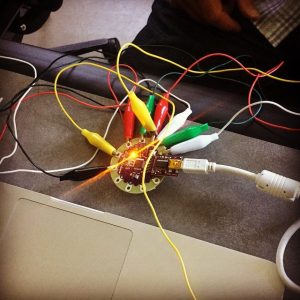 We believe a broader definition of the self is required for designing wearable devices capable of capturing the vast range of human identity and everyday experience. This project utilizes research-based design methodologies to explore the capacity of current technology to explore and express a broader horizon of human subjectivity.

Over the Summer and Fall of 2015, the team developed a study to survey users of self-tracking and wearable technology products to determine what dimensions of personal and social tracking they were interested in. The team co-organized a HASTAC conference with a wearables group at Arizona State University in the Spring of 2016

This is a performance piece that transforms economic data into music in an audience-participatory, mock-concert format. Economusic uses data sonification and physical comedy to illustrate and embody information that often seems too abstract, confusing, or frankly boring for audiences. Over the last year, Professor Bogad has performed different versions of Economusic around the world from Helsinki to Barcelona to Sao Paulo to New York’s Austrian Cultural Forum and Yerba Buena Arts Center and SFMOMA.

This project is a digital conversion of a board game that explores the corruption of the electoral process by campaign donation. Players move on a three-dimensional Opinion Grid, a representation of election policy positions, moving through the field to get physically closer to voters. A full beta-version of Buypartisan is programmed and ready for playtesting. A paper was accepted at the American Academy of Religion and will be presented as part of a panel on Religion and Violence.

This project is a cross-campus collaboration involving scholars at UC Davis, Temple University, and University of the Sunshine Coast. The LGBT/ Queer Games Archive is an online repository of video game content pertaining to LGBTQ representation and homophobia and transphobia in computer, console, and mobile digital games.

Findings from this project will be presented at the International Communication Association in May 2017. This project will also curate an LGBT/gayming exhibit with the GLBT History Museum in San Francisco, CA. Frack the Game is a video game project initially conceived by Joseph Dumit in board game format to explore the ethical and socioeconomic landscape of fracking. Players of Frack the Game assume the role of fracking corporations that compete to survey, drill, and extract as much natural gas as possible to become the largest and wealthiest corporation before the world ends. Through the course of the game, players encounter difficult decisions as they must negotiate concerns around profits, environmental health, policies and laws, and public reception of fracking practices.

On “Poetry Performance and Pitch-Tracking: Tools for Sound Studies” and “Vocal Profiles and Personality Types for Virtual Agent Design” In 2015-16, Professor Neff and visiting scholar Marit MacArthur oversaw the development of two user-friendly, open-source tools for analyzing speech patterns in vocal recordings for humanistic research, with support from an ACLS Digital Innovations Fellowship as well as the ModLab IFHA group. In a related research project in Spring 2016, Neff and MacArthur together with two undergraduate research assistants, researched vocal profiles and personality types for virtual agent design. The next step in the project, to be conducted in 2016-2017, is to develop vocal profiles of charismatic voices in popular video/computer games.

For more information on this program, please contact Christine Parks at ceparks@ucdavis.edu.