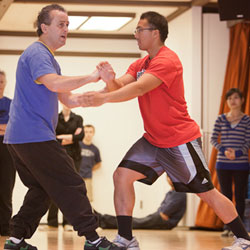 To strengthen health disparities research with ethnic/racial minority, immigrant populations by integrating the perspectives of the social sciences, health sciences, and the arts. 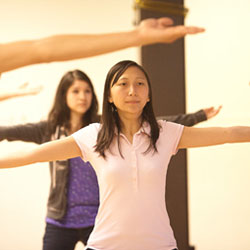 Why It Is Important

Elucidating “hidden” sources of resiliency and strength at both the individual and community level is essential for fundamentally transforming the dominant paradigms of health disparities, and for effective public health approaches that are truly culturally valid and meaningful. Research to date has made little progress in addressing health disparities in racial/ethnic minority and immigrant populations. For example:

Despite anecdotal evidence that expressive and performance arts that enhance cultural traditions and values can motivate, facilitate, and/or empower individuals so that they pursue or adhere to healthier habits or lifestyles, the mechanisms by which this is achieved biologically and/or psychologically remains unclear. The diverse, large, and growing immigrant groups that characterize the U.S., California, and the Sacramento region are less routinely included in such work and for effective public health approaches that are truly culturally valid and meaningful.

The CBPR approach is to address these limitations and thereby enrich health disparities research. We propose work that is:

This past year focused primarily on understanding the mechanisms of the Lishi intervention. A physiological study was designed and implemented to determine the feasibility of collecting physiological data associated with the movement-based intervention, and the potential group differences between participants who received Lishi (cultural movement activity), basic stretching and exercises (non-cultural movement activity), or the control activity of coloring (sedentary activity). The primary goal of this study was to determine if the procedures associated with the physiological assessments and its corresponding software can be conducted in a timely and accurate manner when also implementing a movement-based intervention. This goal was met.

For more information on this program, please contact Christine Parks at ceparks@ucdavis.edu.