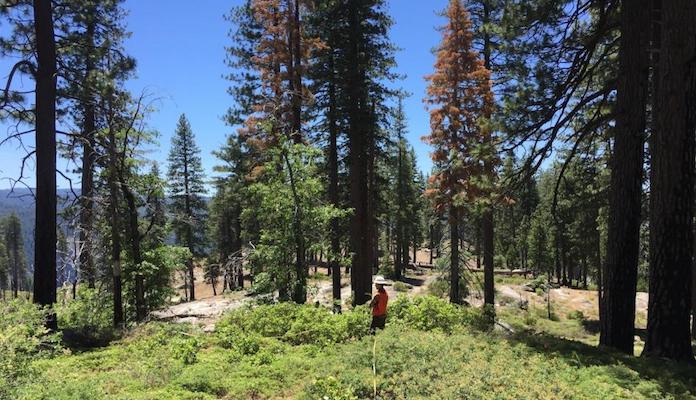 Sierra Nevada forests are losing plant diversity due to high-severity fires, according to a study from the University of California, Davis. These fires are turning patches of forest into shrub fields — indefinitely, in some cases.

For the study, published in the journal Ecosphere, scientists analyzed plant diversity across a spectrum of fire severity — from low to moderate to high. They found the sweet spot for plant diversity exists where tree stands burned with low-to-moderate severity, as mixed conifer forests did in this region for millennia before the imposition of fire suppression policies in the early 20th century. Such policies have greatly increased forest density and the amount of woody fuels in many California forests and led to more severe, stand-replacing fires.

On the extreme ends of the spectrum, unburned areas and high-severity burn areas showed relatively low plant diversity. Five to 10 years or more after experiencing high-severity burns, many forest stands were replaced by shrub fields that supported few plant species.