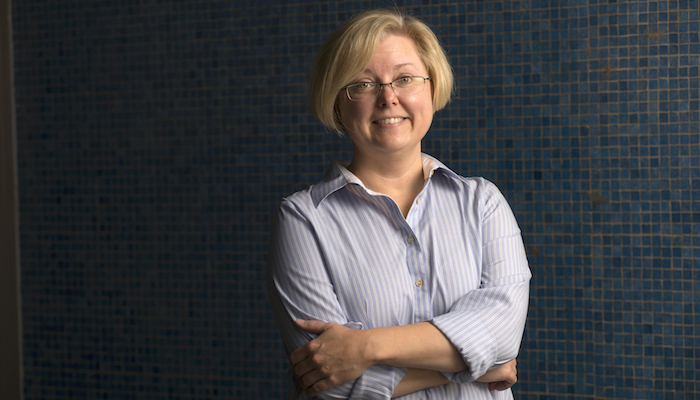 Cristina Davis is a professor in the UC Davis Department of Mechanical and Aerospace Engineering and an expert in chemical sensing. Her lab has developed a micro-electro-mechanical system that can detect molecules present at parts-per-billion while operating on common direct-current batteries, such as a 9-volt or watch battery. (Gregory Urquiaga, UC Davis)

The University of California, Davis, is pleased to announce a licensing agreement with SensIT Ventures Inc. for a breakthrough technology that can be used to identify a broad range of chemicals from environmental samples.

The license, negotiated by the InnovationAccess team within the UC Davis Office of Research, provides exclusive access to an ion mobility spectrometer capable of detecting trace chemicals at a fraction of the size, weight and power requirements of traditional detection instruments.

This micro-electro-mechanical system — what’s known as a MEMS — can detect molecules present at parts-per-billion while operating on common direct-current batteries, such as a 9-volt or watch battery.

The programmable devices enabled by this technology are expected to be cheaper to build and operate than traditional ion mobility spectrometers, and can be linked to wireless data transmission with associated cloud-based management and analytics. The chip-based technology also has the potential to be integrated with smartphones.

“We see valuable opportunities to apply this technology to problems in defense and security, food and agriculture, process engineering and health care,” said Tom Turpen, president and CEO of SensIT. Potential applications enabled by the technology include detecting explosives, plant diseases and environmental triggers for asthma.

The technology was developed by a team led by Professor Cristina Davis in the Bioinstrumentation and BioMEMS Laboratory at UC Davis.

“Professor Davis is a consummate innovator,” said Dushyant Pathak, associate vice chancellor of Technology Management and Corporate Relations and executive director of Venture Catalyst at UC Davis. “Her inventive genius and market intuition combined with the business and entrepreneurial experience of the seasoned SensIT founding team, are the prefect mix for translating this cutting-edge UC Davis research into societal impact,” said Pathak.

Davis is a professor in the UC Davis Department of Mechanical and Aerospace Engineering and an expert in chemical sensing. She has developed innovations that range from a “breathalyzer” that can detect the health of dolphins to a noninvasive way to detect citrus greening, a plant disease that can devastate citrus crops. 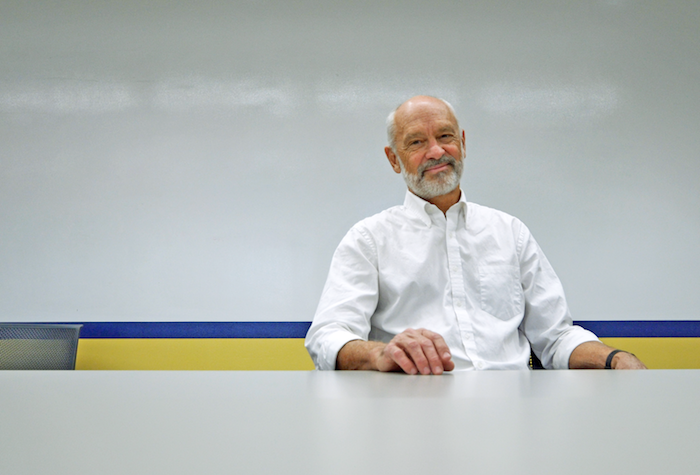 Tom Turpen, president and CEO of SensIT. “We see valuable opportunities to apply this technology to problems in defense and security, food and agriculture, process engineering and health care,” said Turpen.

“It is very satisfying for me to see this technology advance to broad commercial use, especially through a local startup here in Davis where I can continue to contribute to the success of the company,” Davis said.

Davis is chief scientist and one of the co-founders of SensIT. Other co-founders include Jim Dukowitz, Dan Hanson and Turpen, who serve as the management team and have worked together through Technology Innovation Group, a consulting firm that works to link innovation to societal needs.

Turpen is a successful serial entrepreneur who volunteers his time and expertise for the benefit of programs such as the UC Davis Science Translation and Innovative Research (STAIRTM) Grant program and the College of Engineering’s Engineering Design Showcase. He was elected a Fellow of the American Association for the Advancement of Science this year.

SensIT Ventures Inc. was founded in 2015 and is based in Davis, California. The company utilizes proprietary technology to develop, build and sell custom chemical sensors that provide solutions of great value to multiple industries. Because the sensors are miniaturized, inexpensive and require minimal power, they can be widely distributed and embedded in complex systems. SensIT is a member of the UC Davis Venture Catalyst DRIVE program and Inventopia with separate production and prototyping facilities headquartered in Davis, California. 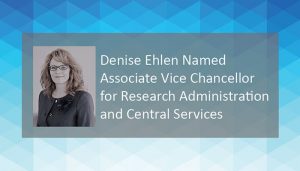