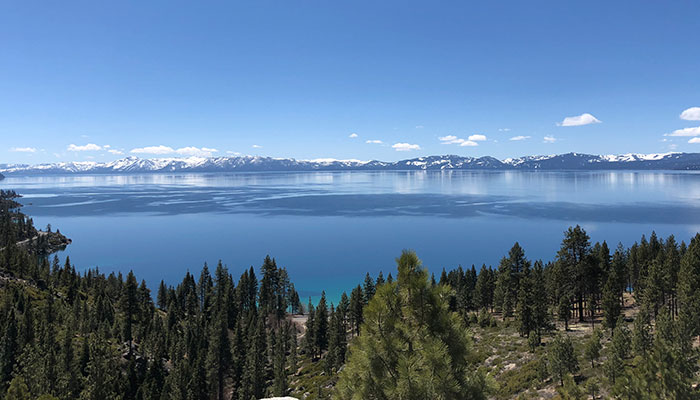 On July 1, 2019, the UC Davis Tahoe Environmental Research Center (TERC) transitioned to being a Special Research Program within the Office of Research. Previously a center of the John Muir Institute of the Environment (JMIE), TERC’s rapidly growing national and international portfolio of science and education programs, made a more independent structure favorable for the campus.

TERC, which was established as a campus center in 2004 with Prof. Geoffrey Schladow as its Director, was an outgrowth of Prof. Charles Goldman’s Tahoe Research Group (TRG). The TRG undertook the initial Lake Tahoe studies that sounded the alarm bells about its rapidly declining clarity and health. Since its inception, TERC has created two public science museums in the Tahoe basin, attracting over 14,000 visitors each year, and ushered in a new era of interdisciplinary research at Lake Tahoe. TERC has established forest health monitoring sites throughout the Tahoe basin, has an in-lake network of real-time sensors that are providing over 11 million data points each year, and is using future climate and lake models to provide management agencies with guidance on adaptation strategies.

Within Lake Tahoe, TERC is currently working on a new ecological-based approach for clarity restoration, that focuses on the restoration of the native Daphnia and Bosmina populations. New studies on nutrient cycling in the nearshore region, the use of autonomous underwater vehicles to track stream inflows and the development of an advanced three-dimensional clarity model are currently starting up. Internationally, TERC researchers are engaged in climate change impact studies in the lakes of the Los Rios region of Chile, measuring the accelerating melt rate of ice tongues in Antarctica, and modeling the potential loss of Lake Tanganyika’s sustenance fishery due to increased lake stratification.

As custodians of an unparalleled, multi-disciplinary data record of environmental change in the Sierra Nevada, TERC and its collaborators are uniquely poised to not just explain the changes that have occurred at Lake Tahoe in the last 60 years, but to use this data to guide strategies throughout the mountain west.

Each year TERC summarizes the long-term and short-term trends occurring in Lake Tahoe and its surrounding forest. This annual State of the Lake Report has become an important tool for government planning and action, as well as keeping the public aware of the continuing impact UC Davis is making at Lake Tahoe.