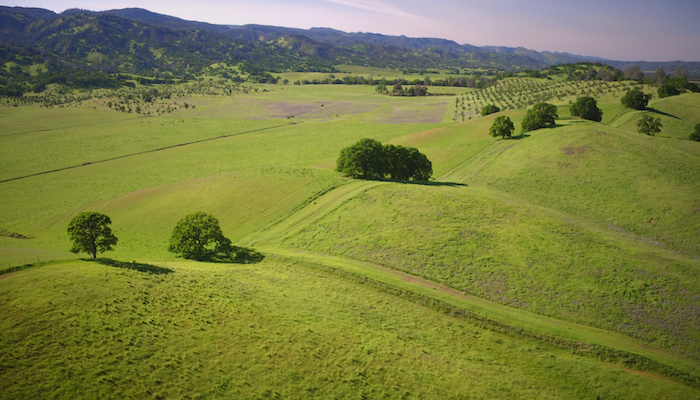 The Muir Institute at UC Davis is leading a significant new climate change study looking at storing greenhouse gases in soil. “We’re pleased to be leading this effort and tapping into the deep expertise in our state to tackle one of the world’s most pressing challenges,” said UC Davis Chancellor Gary S. May. “By leveraging California’s collective ingenuity in academia, agriculture and government, we can mitigate the most harmful effects of climate change globally.”

California leads the nation in reducing greenhouse gas emissions, but reductions alone will not be enough to reach the targets set by the 2015 Paris climate agreement. To do that, greenhouses gases like carbon dioxide will need to be removed from the atmosphere on a monumental scale.

An ambitious new multicampus, multipartner consortium led by the University of California, Davis, and the UC Working Lands Innovation Center is taking on that challenge with the goal of finding ways to capture billions of tons of carbon dioxide and bring net carbon emissions in California to zero by 2045.

The consortium has received a three-year, $4.7 million grant from the state of California’s Strategic Growth Council to research scalable methods of using soil amendments — rock, compost and biochar — to sequester greenhouse gases like carbon dioxide in soil.

“We’re pleased to be leading this effort and tapping into the deep expertise in our state to tackle one of the world’s most pressing challenges,” said UC Davis Chancellor Gary S. May. “By leveraging California’s collective ingenuity in academia, agriculture and government, we can mitigate the most harmful effects of climate change globally.”

UC Davis Professor Ben Houlton, director of the John Muir Institute of the Environment and a member of the UC Office of the President’s Global Climate Leadership Council, is the principal investigator for the project. UC Berkeley Professor Whendee Silver, lead scientist of the Marin Carbon Project, is the co-principal investigator.

“We need to remove carbon dioxide pollution from the air in a way the world has never seen before,” said Houlton. “Amending the soil with natural materials can help to restore soil health, and boost crop yields while capturing carbon dioxide and locking it away so that it doesn’t cause climate impacts that harm people, ecosystems and the economy.”

The Working Lands Innovation Center will partner with industry, community groups, farmers, ranchers, tribes and small businesses to support the state’s agriculture and natural resources, and the livelihoods of Californians.

To find out whether adding pulverized rock, compost and biochar to different types of crops and rangelands can significantly sequester carbon, the consortium will conduct and oversee 29 treatment and control sites across California. The studies will assess whether soil amendments can bring additional co-benefits, such as improved crop and rangeland productivity and soil health to California growers and ranchers across diverse regions.

The sites range from croplands in the Sacramento and San Joaquin valleys to the Imperial Valley, as well as ranchlands from Marin County to Southern California.

“Previous research points to some promising avenues for carbon capture and storage through the use of soil amendments,” said Silver. “For example, we found that adding organic waste — food waste, green waste, livestock manure — as composted soil amendments could save the equivalent of 28 million tons of carbon dioxide using just 5 percent of California’s rangelands. That’s equal to approximately 80 percent of the emissions from the state’s agriculture and forestry sector.”

At the end of the three years, the consortium plans to deliver the most promising “shovel-ready” soil amendment strategies for capturing carbon dioxide in soil.

The project will also engage with tribal nations and indigenous communities that are already using innovative strategies and actions to enhance carbon sequestration in the land.