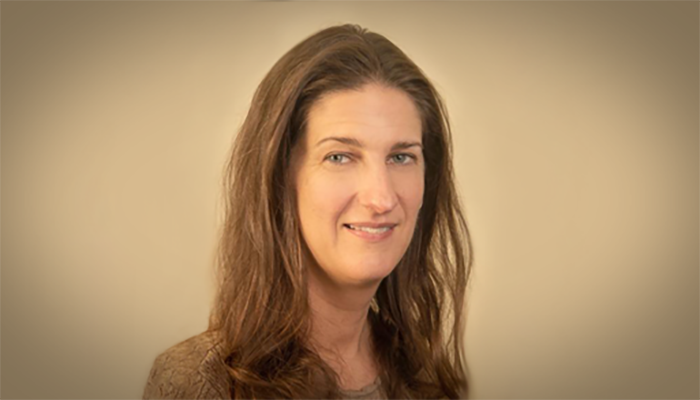 The University of California, Davis, is pleased to announce that Louise Berben, a professor in the Department of Chemistry, has been recently awarded the 2022 Breakthrough Energy Explorer grant to advance her research on redox flow batteries.

Founded by Bill Gates, Breakthrough Energy is a climate organization to support clean energy research and technologies evolve from idea to commercial application.

The 12-month Explorer Grant allows Berben to become part of a global network of innovators developing breakthrough technologies with the goal to significantly reduce greenhouse gas emissions around the world.

“Energy storage represents a significant bottleneck in the greater adoption of renewables,” said Berben. And therefore, her investigative work improving redox flow batteries could be transformational for the clean energy industry.

Redox flow batteries typically store energy for a long period in large tanks of liquid electrolytes and may help sustain electric grids when variable energy resources such as wind and solar power are less available. These batteries provide long-duration energy storage solutions and are considered safe in comparison to other common commercial battery options.

Despite its advantages, the current commercial versions rely on vanadium-based electrolytes in aqueous media, which is expensive and sourced from non-domestic suppliers. Berben’s team is developing a version with higher energy density and a wider operating temperature range employing inexpensive aluminum compounds in a non-aqueous media.

“Aluminum is the most abundant metal in the earth’s crust and its ability to enhance the redox properties of organic analytes adds further interest for large-scale applications such as in non-aqueous redox flow batteries,” said Berben.

In 2021, Berben received support to advance the research through the UC Davis Venture Catalyst Science Translation and Innovative Research (STAIRTM) grant program, which provides awards of up to $50,000 to campus innovators to enable demonstration of early proof-of-concept for technologies being developed at UC Davis. The College of Letters and Science also provided supplemental funding.

The opportunity to work with Breakthrough Energy provides support for improving the stability of existing redox flow battery analytes that have been developed by Berben.

About the Breakthrough Energy Explorer Grant

Explorer Grants support research projects that are generally being conducted by a university lab or research entity but require further technical exploration before they would be ready to join the full-time Fellowship.

Explorer Grants are intended to seed breakthrough climate innovation with the potential to reduce CO2 emissions by at least 500 million tons per year by 2050, within a university or laboratory environment.

For more information on the program, visit breakthroughenergy.org/fellows