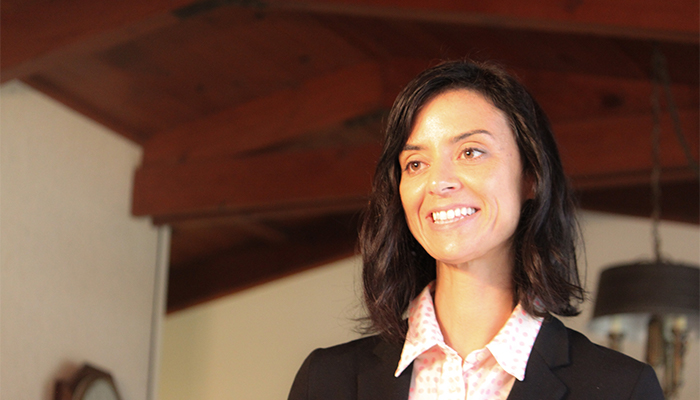 Kalindi A Vora has been named director of the Feminist Research Institute. Vora comes to UC Davis from UC San Diego where she served as associate professor in the Department of Ethnic Studies, and as affiliate faculty of the Critical Gender Studies and Science Studies Programs.

The Feminist Research Institute (FRI), a Special Research Program in the Office of Research, announced the selection of Kalindi Vora as its new director.

Vora comes to UC Davis from UC San Diego where she served as associate professor in the Department of Ethnic Studies, and as affiliate faculty of the Critical Gender Studies and Science Studies Programs. A graduate from the History of Consciousness program at UC Santa Cruz, Vora holds a position of associate professor in the Gender, Sexuality and Women’s Studies program as well as serving as FRI’s director.

“The accumulated vision of FRI is to be a hub for people who want to do research that they themselves understand to be feminist, but also a space to sort out what that actually means, because nobody owns the term ‘feminist,’” Vora said.

“People who use it get to define it, and we don’t always agree. That is part of the women of color feminism legacy. I see my work here as consolidating those visions of what feminist research can be here at UC Davis but I also hope to do something that would be interesting to people all over the world. This is something that can benefit a lot of people,” she said.

Vora has built her career on creating conversations between the natural sciences and engineering, arts, humanities and social sciences, by conducting ethnographies of assisted reproductive technology clinics and information technology centers, among others.

She brings to FRI a long history of collaborative, interdisciplinary feminist research, including her second in-progress book, Surrogate Humanity: Race, Technology, Revolution, co-authored with Neda Atanasoski of UC Santa Cruz. Surrogate Humanity focuses on robotics and artificial intelligence, and considers notions of “revolution” as they are deployed in relation to technologies that distribute unequal social benefits, bear the mark of accumulated social inequalities, and alter possible fields for political action. Vora and Atanasoski focus on human labor that new technologies may de-value or render invisible or expendable, and the ways in which this is part of ongoing racial, gendered, and colonial projects.

“Gender is never a standalone category,” Vora says, “but can be a stand-in for difference, which is much more complex.”

Part of FRI’s ongoing mission is to facilitate research that interrogates those complexities and their social implications, and devises tools to meet the challenges of a dynamic, changing world. Vora’s vision will serve as a beacon for that mission in the years to come.

About the Feminist Research Institute

The Feminist Research Institute (FRI) at UC Davis is a collaborative, trans-disciplinary hub for exploring how gender, sexuality, race, and other social structures inform the design, execution, and interpretation of research. FRI will generate transformative, paradigm-shifting linkages across disciplines by bringing feminist ethics and methodologies to bear on the basic sciences, social sciences, humanities, health sciences, engineering, law, economics, and agriculture and environmental science.