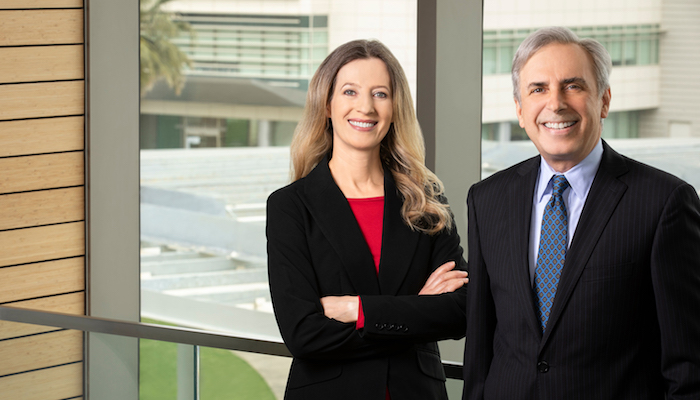 Michael Rogawski conducted lab and clinical research on the neuro-steroid

(SACRAMENTO) — Sage Therapeutics announced March 19 the U.S. Food and Drug Administration’s approval of its product, Zulresso™ (brexanolone) injection, for the treatment of postpartum depression in women. Initial development of an intravenous formulation of allopregnanolone (also known as brexanolone) and first-in-human clinical studies were conducted by Michael Rogawski, a professor in the UC Davis Departments of Neurology and Pharmacology. Rogawski is former chair of the Department of Neurology.

In laboratory-based and clinical research, Rogawski and his colleagues investigated the neuroactive steroid allopregnanolone as a potential therapeutic agent for neurological diseases. The University of California granted rights to Sage Therapeutics, including licenses to certain patent rights, for the commercial use of allopregnanolone.

This is the first drug approved by the FDA specifically for postpartum depression. Postpartum depression is the most common medical complication of childbirth and affects approximately one in nine women who have given birth in the U.S.

“It’s very exciting to see the development of this treatment reach such a significant milestone, offering new hope to those affected by postpartum depression,” said Prasant Mohapatra, vice chancellor for research at UC Davis. “This is a wonderful example illustrating the role UC Davis research plays in helping to address needs around world.”

“Blood levels of progesterone, and therefore allopregnanolone, rise dramatically as pregnancy progresses, but begin to decrease in late pregnancy and then fall precipitously during the day or two after giving birth,” said Rogawski. “I reasoned that allopregnanolone levels might also fall and I hypothesized that the withdrawal of this endogenous antidepressant substance could trigger depression for some women. This led to the discovery of allopregnanolone as a treatment for postpartum depression.”

“From my very first engagement with Sage Therapeutics several years ago, the commitment of the company’s principals to work with the university to enable the development and commercialization of this important discovery was evident,” said Dushyant Pathak, UC Davis associate vice chancellor for research and executive director of Venture Catalyst. “At the university, we reciprocated through creative and goal-oriented approaches to structuring patent, data and material transfer agreements to support Sage’s development of this much-needed treatment.”

In addition to licensed patent rights, Sage Therapeutics was granted a right of reference to the University of California’s Investigational New Drug (IND) application package related to the use of allopregnanolone, which facilitated Sage’s transition of allopregnanolone into the clinic. The university also made allopregnanolone drug substance available for Sage’s use in early clinical trials.

“Up until the development of brexanolone, there was no specific treatment for postpartum depression. I am extremely pleased that our research has led to a rapidly acting treatment for this all-too-common condition,” said Rogawski.

Postpartum depression is a distinct and readily identified major depressive disorder that may have devastating consequences for a woman and for her family, which may include significant functional impairment, depressed mood and/or loss of interest in her newborn, and associated symptoms of depression such as loss of appetite, difficulty sleeping, motor challenges, lack of concentration, loss of energy and poor self-esteem. In developed countries, suicide is the leading cause of maternal death following childbirth. Postpartum depression affects approximately one in nine women who have given birth in the U.S. and 400,000 women annually. More than half of these cases may go undiagnosed without proper screening.

Rogawski and UC Davis project scientist Dorota Zolkowska are the inventors of U.S. Patent No. 10,251,894 B2, issued to the Regents of the University of California on April 9, 2019, and claiming methods of treating post-partum depression.