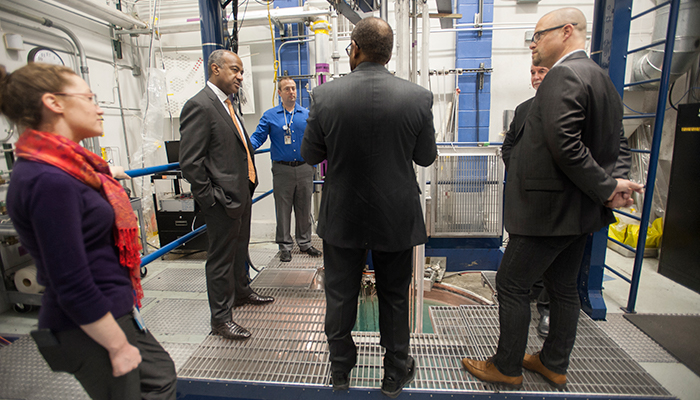 UC Davis Chancellor Gary S. May receives a tour of the McClellan Nuclear Research Center, the largest university-operated reactor on the West Coast, during an event for the Nautilus Program, Jan. 11, 2018. UC Davis has owned and operated the facility since 1999. (Gregory Urquiaga/UC Davis)

High school and college students in the greater Sacramento region have a unique opportunity to learn about nuclear science at the UC Davis McClellan Nuclear Research Center.

A new educational outreach program, the Nautilus Program, named after the U.S. Navy’s first nuclear submarine, is giving students hands-on experience with MNRC’s nuclear reactor, the largest university-operated reactor on the West Coast. The program also gives students a chance to learn directly from veterans who have been part of the U.S. Navy’s nuclear program. Exposing students from diverse backgrounds to different aspects of STEM careers is one of the main goals of the Nautilus Program.

“I think there is a real need for this type of STEM engagement with young students in the community,” said Wesley Frey, director of MNRC. He notes that his own interest in science was inspired by trips to the Lawrence Hall of Science and the Stanford Linear Accelerator when he was a young student. “I want to give local students a chance to come out to the facility, perform some hands-on experiments and see something that very few people get to see — an operating nuclear reactor.”

Science teachers from high schools and colleges who are interested in participating can visit the facility and safely see MNRC’s nuclear reactor operate. Students and teachers may select one of several hands-on experiments to conduct at the facility during their visit. These experiments are tied closely with the State of California Next Generation Science Standards. 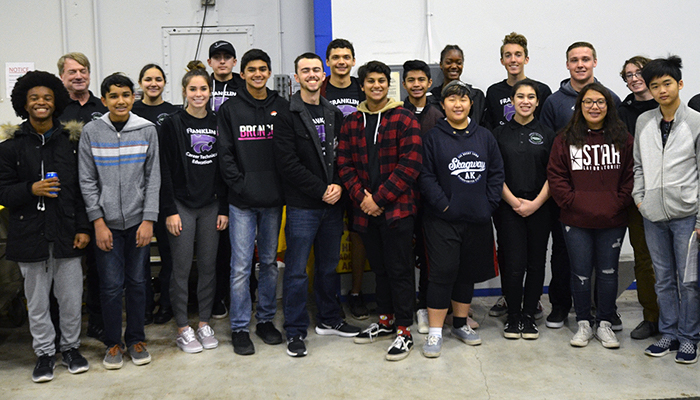 “I can’t think of a better way to demonstrate the power of the scientific method than to have the students and their teachers safely stand 20 feet above an operating nuclear reactor,” said Frey. “Ultimately, I would like young students that visit the facility to leave with a little better understanding of nuclear physics, but more importantly, I hope seeing the blue glow from the reactor” — a phenomenon known as Cherenkov radiation — “leaves them more curious about the physical world than when they arrived,” he said. 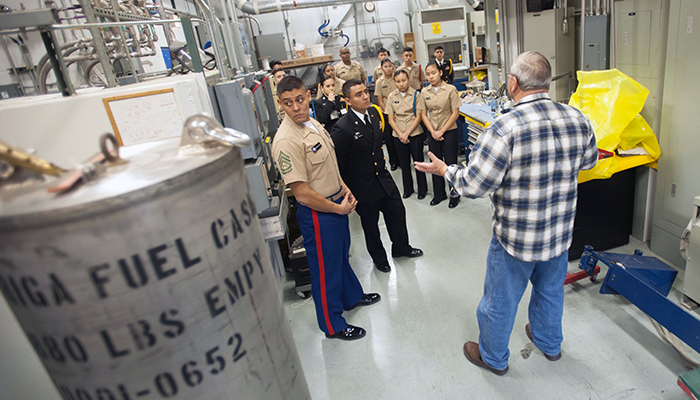 MNRC has partnered with the Luther Burbank High School Naval Junior ROTC, as well as with Sacramento City College, the UC Berkeley Naval ROTC and other area institutions. MNRC is also working with local teachers through the Sacramento Area Science Project.

The Nautilus Program is supported by a grant from the U.S. Office of Naval Research. Retired U.S. Navy Vice Admiral Mel Williams Jr., a former nuclear submarine officer, is providing support for the Nautilus Program.

Students who attend the tours, and are interested in learning more about nuclear science, can apply to participate in one of MNRC’s more intensive summer programs through a UC Davis outreach program.

A new series of courses is also being offered at UC Davis as part of the Nautilus Program. The “Designated Emphasis on Nuclear Sciences classes,” offered by the Department of Physics, will be available to UC Davis undergraduate and graduate students who are studying math, physical sciences or engineering. The first course is radiation health physics and the second, which is being offered this spring quarter, is an introduction to nuclear engineering. A third course will be announced at a later date. 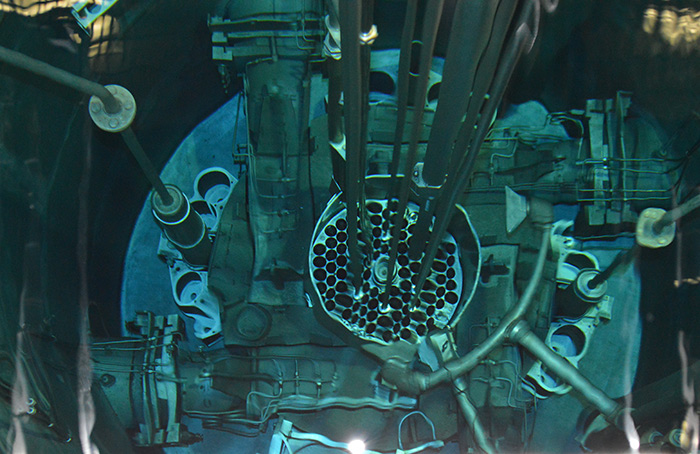 Science teachers from high schools and colleges who are interested in participating can visit the facility and safely see MNRC’s nuclear reactor operate. Students and teachers may select one of several hands-on experiments to conduct at the facility during their visit. These experiments are tied closely with the State of California Next Generation Science Standards.

The USS Nautilus, the program’s namesake and the world’s first nuclear-powered submarine, made its maiden voyage on Jan. 17, 1955. Upon launch, the commanding officer signaled a memorable message, “Underway on Nuclear Power,” which the MNRC Nautilus Program has taken as its motto.

A Legacy Celebration for the Nautilus Program is being planned to occur each January to observe the Underway on Nuclear Power anniversaries. This year is the 63rd anniversary for the launch of the USS Nautilus and the 28th anniversary for MNRC.