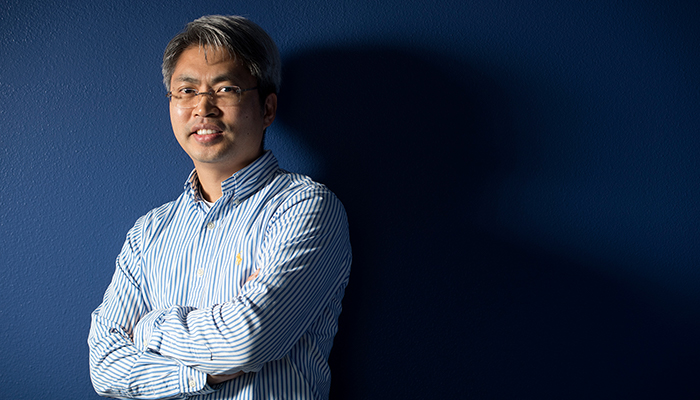 A biotechnology startup enabled by UC Davis, Molecular Matrix Inc., has received Food and Drug Administration clearance for a carbohydrate-based polymer that can help injured bones heal and regrow.

Osteo-P™, a synthetic bone graft substitute, supports and guides the growth of new bone — such as when there is a loss of bone due to injury or surgery — after which the biomaterial is resorbed and replaced with the patients’ own bone during the healing process. With the 510(k) FDA clearance, Molecular Matrix will now be able to take Osteo-P to market.

“This is yet another meaningful milestone for UC Davis and our technology commercialization efforts,” said Dushyant Pathak, associate vice chancellor of Technology Management and Corporate Relations, and executive director of Venture Catalyst at UC Davis. “Our focus on innovation and technology commercialization is a direct reflection of its being one of the most tangible ways in which the university can fulfil its mission of public benefit and societal impact.”

For Charles Lee, the founder of Molecular Matrix and also an assistant adjunct professor in the Department of Cell Biology and Human Anatomy at the UC Davis School of Medicine, the FDA clearance marks an exciting turning point for the company UC Davis helped him found in 2011.

“What began as an idea from UC Davis has reached all the way to FDA clearance,” Lee said.

Lee received his B.S. in microbiology and Ph.D. in comparative pathology and did his postdoctoral work at UC Davis. He became fascinated by stem cells as an undergraduate when he had an internship with Alice Tarantal, professor of pediatrics and cell biology and human anatomy in the UC Davis School of Medicine, and the associate director of the UC Davis School of Medicine Stem Cell Program.

Tarantal gave him a line of stem cells to culture.

“I fell in love with those cells,” Lee said. “That’s how I got into stem cell biology. There was nothing else I wanted to do than study and research them.”

The stem cells he worked with were grown in a single layer, but Lee began thinking about new ways to grow them.

“Stem cells behave much differently when they are grown in an aggregate as opposed to a monolayer,” he said. “But building up stem cells is not easy. It requires a scaffold — a matrix or structure — to help support the cells to grow into an organoid.”

Stem cell substrates did exist, but Lee said none was ideal. “I specifically wanted to use a carbohydrate, a sugar, for scaffolding. I wanted it to be degradable and nontoxic, to not affect stem cells in any way,” Lee said.

The invention he came up with, a hyper-crosslinked carbohydrate polymer technology, provides a platform for stem cells to grow both in vitro and in vivo. Lee explained that the platform is all about cross-linking.

“We chemically crosslink the carbohydrate molecules to build a massive structure. It’s crosslinked so much that it can hold its shape under heat and pressure.”

“Bone is a good place to start,” Lee said. “It is simpler to regenerate than other organic systems.” The polymer platform has potential to be used for other clinical and research applications. “Cartilage or heart tissue, for example,” Lee said.

In its unprocessed form, Osteo-P is spongy and porous and can be made in a variety of shapes and sizes. Lee explained that the unique composition of Osteo-P creates an optimal microenvironment for bone precursors such as osteoblasts, leading to the formation of healthy bone.

“The need for bone substitute products is expected to expand,” said Jim Keefer, COO of Molecular Matrix. “The global bone graft and substitutes market was estimated at $2.1 billion in 2013 and is expected to grow to $2.7 billion by 2020.”

The company plans to release the product for single-patient use possibly as early as mid-March. It will be available as large pore granules, sheets, cubes, wedges and cylinders or in custom sizes.

Lee credits the Technology Management and Corporate Relations unit at UC Davis as being essential to Molecular Matrix’s success, helping him navigate the dual roles of innovative researcher and entrepreneur. TMCR provided support for everything from patent processing to incorporation to networking to helping him raise capital.

Starting out, Lee thought he would need to focus primarily on raising capital to grow his startup, but focusing on people turned out to be his best investment.

“I ended up getting more and more people who believed in the technology, and when the people came together, the money followed,” Lee said. “Jim Keefer, our COO, was instrumental in getting broader interest in the company.”

“What is most heartening about how Charles has grown and developed Molecular Matrix is his engagement of UC Davis students as interns and employees within the company,” said Pathak. “Charles could have set up the company anywhere, but he chose to build and grow it in proximity to UC Davis, thereby benefiting from close access to university resources, including Venture Catalyst, while contributing to regional economic impact. Charles’ recognition of the talent pool that UC Davis represents is no small driver of the company’s success.”

Despite the challenges of juggling many roles, Lee never once considered letting another company commercialize the scaffolding technology he developed.

“We scientists have fun developing projects, ideas and concepts into something that can ultimately help patients,” Lee said. “I can’t imagine stopping in the middle and having someone else have all the fun. I want to take it all the way — from benchtop to bedside.”