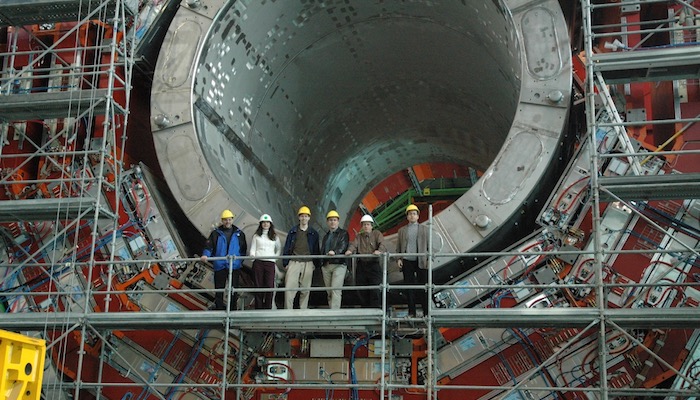 Maxwell Chertok, far right, with colleagues at the CMS Detector at the Large Hadron Collider near Geneva, Switzerland. Chertok and other researchers at UC Davis are testing mechanical structures at the McClellan Nuclear Research Center to find a material that will be able to withstand the radiation environment of the collider. Also pictured: UC Davis faculty Robin Erbacher and John Conway, and project scientist Richard Breedon.

The McClellan Nuclear Research Center (MNRC) reactor in Sacramento has been active since January 20, 1990, and was originally used by the U.S. Air Force to detect flaws in aircraft parts using neutron irradiation. It has been owned and operated by UC Davis since 1999.

It is the highest power TRIGA™ (Training, Research, and Isotope Production General Atomics) reactor in the United States, rated at 2 MW in steady state with the capability to pulse to approximately 400 MW for 30 msec. The reactor was built to support the unique radiography bays which include the two largest neutron radiography bays in the world. UC Davis faculty, post docs and students can see the facility at the Open House, Wednesday, September 18. Register here. 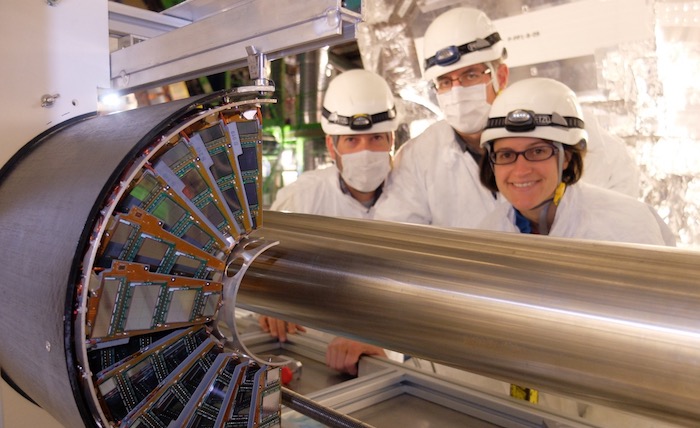 The CMS Pixel Detector installation at the Large Hadron Collider.

The Compact Muon Solenoid experiment, known as CMS, is a general-purpose detector at the Large Hadron Collider, the world’s largest and most powerful particle accelerator located near Geneva, Switzerland.

At the Large Hadron Collider, protons collide 40 million times per second. The CMS detector acts like a giant digital camera, recording and being exposed to tremendous radiation damage from trillions of proton collisions per year as it measures Higgs bosons and searches for other exotic particles. Because of this long-term damage, an upgrade for the detector is being developed. 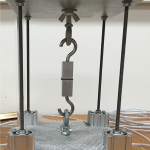 To find a material that would be able to withstand the radiation environment of the collider, Maxwell Chertok, a professor of physics at UC Davis, and other UC Davis researchers, tested mechanical structures made from carbon foam with thermally conductive epoxy at the McClellan Nuclear Research Center.

The material was placed in the reactor’s core, and subjected to a high radiation field (10^14 neutrons) comparable to ten years of radiation damage at the Large Hadron Collider. After radiation exposure, the samples were tested for thermal conductivity and tensile strength. Although more studies are planned, they found that radiation damage testing with neutrons shows the epoxy-carbon foam interface is robust. The results of the study were published in Journal of Instrumentation.

UC Davis is one of more than 200 institutions in 40 countries that are part of the CMS experiment, which involves 4,000 particle physicists, engineers, technicians, and students.  The CMS scientists are searching for extra dimensions and particles that could make up dark matter. 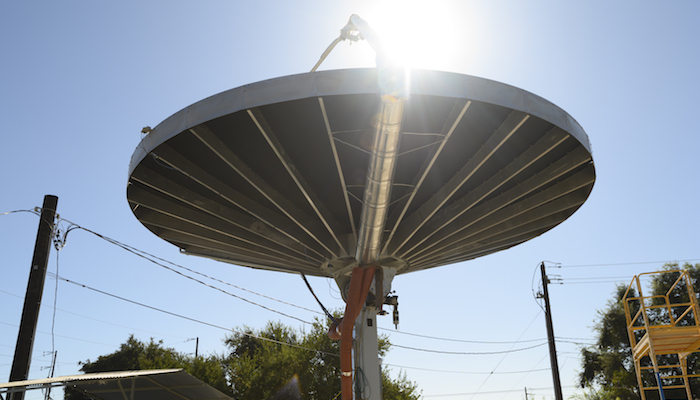 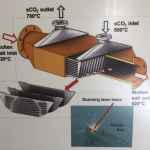 In metal additive manufacturing — 3D printing for metal — metal powder particles are placed on a bed and a laser “welds” these particles according to the pattern of the part being made. When a part with fully enclosed internal passages is built with additive manufacturing, these passages are filled with powder. The powder is removed in a post-build step in order to open up the internal passages.

Narayanan’s group works with the NEXT Manufacturing Center at Carnegie Mellon University on fabrication of the heat exchangers. They have used the neutron imaging facility at MNRC to determine whether the internal passages of the high-pressure heat exchanger were built according to the specified design. 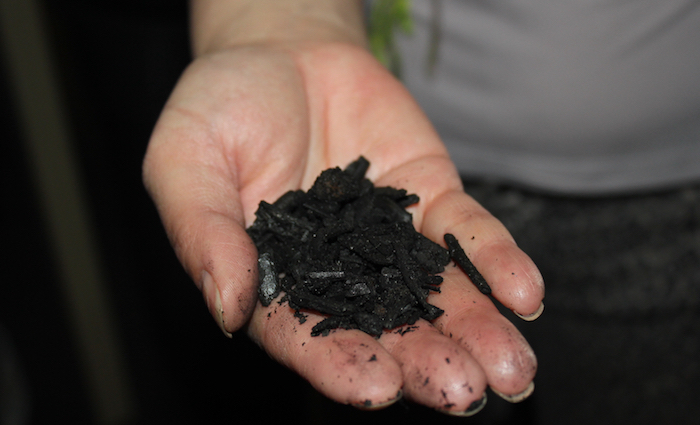 Researchers at UC Davis have shown that biochar — a charcoal-like substance that is highly porous —  can improve the water retention of coarse-textured agricultural soil and may improve soil’s resilience. (Marcia O’Connor/Flickr Creative Commons)

The ability of soil to retain water under conditions like warmer temperatures and drought is critical to sustaining food production and preserving soil health. 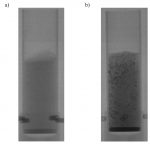 Postdoctoral researcher Daoyuan Wang, along with fellow researchers Chongyang Li,  Sanjai Parikh, and Kate Scow in the UC Davis Department of Land, Air and Water Resources, were able to demonstrate that using biochar — a charcoal-like substance that is highly porous — with a particle size greater than one millimeter can improve the water retention of coarse-textured agricultural soil and may improve soil’s resilience.

To understand the mechanism behind this ability, the researchers used neutron imaging at the McClellan Nuclear Research Center to observe the spatial and temporal distribution of water surrounding, and within, biochar particles.

What they found was after wetting, water in the internal pores of biochar was continuously released to surrounding space during a seven-day period of air drying at room temperature, suggesting that soil water retention is improved via the biochar’s intraparticle structure. The results of their research were published in Geoderma. 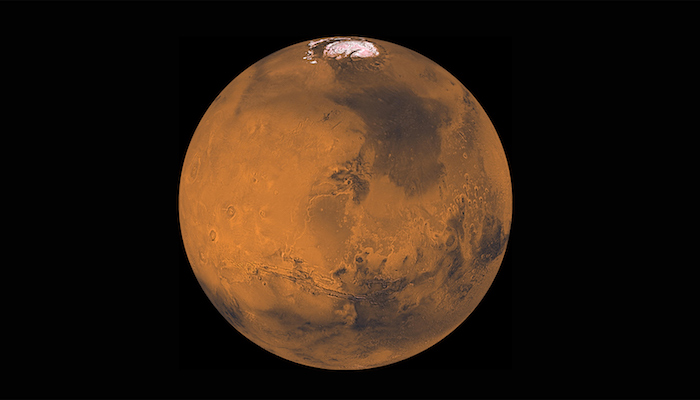 As NASA prepares for manned missions into deep space, including Mars, UC Davis’ McClellan Nuclear Research Center is playing an integral role in the groundwork. (NASA)

As NASA prepares for manned missions into deep space, the UC Davis McClellan Nuclear Research Center is playing an integral role in the groundwork. 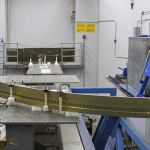 MNRC helped develop a technique for performing neutron radiography on a breakable ring used in rocket stage separation. The frangible ring tested is large — 18 feet in diameter — and separated into quadrants. Because MNRC was created for testing planes on the former Air Force base, the size of the space gives it the added benefit of being able to test large-scale parts.

Such rings will be used on Orion, the spacecraft intended to bring humans to Mars in the 2030s. After the rocket launch sequence, different modules separate from each other when an explosive core in the ring detonates.

Because of its vital role in the mission, the ring must be flawless. The neutron beams from the center’s nuclear reactor are able to uncover much more than an X-ray. The imaging screens are capable of — and standardized for — about 100 micron resolution, about 4 thousandths [.004] of an inch, making sure that any possibility of a flaw gets detected.