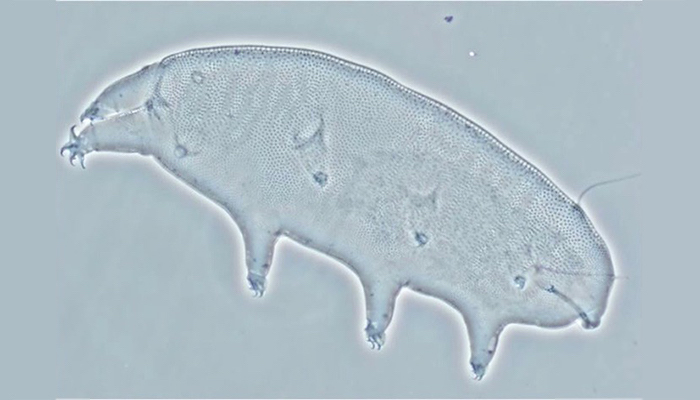 The study of microscopic tardigrades, also known as water bears, lead John Crowe and Lois Crowe to groundbreaking discoveries about the unique properties of a simple sugar known as trehalose. The Crowes’ method of preservation using trehalose allows the drug AmBisome® to be safely rehydrated after freeze drying. (Carl Johansson/UC Davis Bohart Museum)

When John Crowe and his wife Lois Crowe were researching tardigrades in the 1970s and 1980s,  nobody knew much about how the speck-sized organisms — also known as water bears — were able to dry up completely, survive for years, and then somehow revive within a few hours when back in water.

Other organisms can do this as well. Brine shrimp, certain nematodes, baker’s yeast, and some desert plants can dry up for years and come back to life when there is water. The mechanism for this trick, though, was a mystery.

What they found is that nearly all these organisms produce a simple sugar known as trehalose. They also found that the organisms convert as much as 20 percent of their dry weight to trehalose before they can be dried. 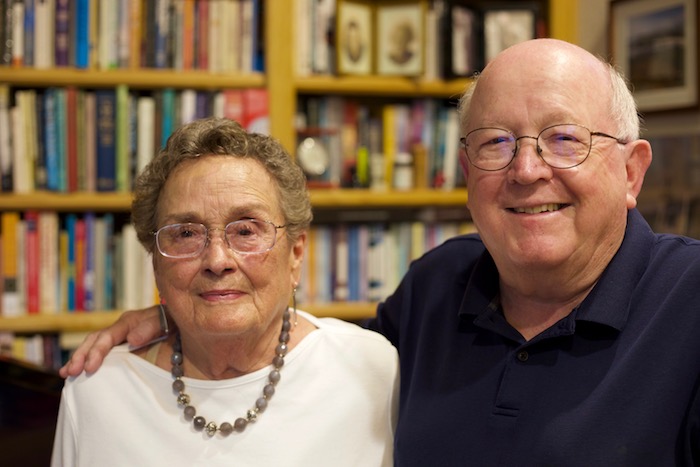 Lois Crowe and John Crowe are known for their pioneering work understanding how some organisms are able to survive extreme dehydration using a simple sugar called trehalose. (Lisa Howard/UC Davis)

The Crowes were able to show that trehalose acts as a water replacement — protecting cells by preventing cell membranes from falling apart and stabilizing proteins and nucleic acids in the dry state.

Their discoveries about the cell-protecting abilities of trehalose opened the door for a wide range of new innovations in food preservation, medicine and blood storage.

One of the Crowes’ methods for freeze-drying liposomes (artificial “sacs” of phospholipid molecules that can deliver microscopic substances to cells) has had an enormous impact.

The University of California licensed their patent, “Methods/Compositions for Preserving Liposomes,” to Vestar Research (later acquired by Gilead), and has been used in AmBisome®, an injectable therapy used for treating a deadly systemic fungal infection that afflicts immune-depressed patients.

The Crowes’ method of preservation using trehalose allows the drug to be safely rehydrated after freeze drying.

The royalties received by the University of California, $13 million during the period of the license from 1986 to 2007, represent an estimated $1.3 billion in sales. AmBisome continues to have significant sales today, many years after the expiration of the patent.

John went on to direct the UC Davis Center for Biostabilization, which in 2005 had about 30 researchers looking forways to preserve blood platelets, red blood cells and “nucleated cells,” or cells with nuclei, such as kidney cells or bone-marrow stem cells.

The Crowes are now retired from their research — although they still follow trehalose studies and allied science —  and now enjoy world traveling and attending performances of opera, classical music, theatre, and bluegrass.

Scientists continue to build on the Crowe’s work and make new discoveries about tardigrades. Recent research suggests certain proteins– not trehalose – may be responsible for some tardigrades’ ability to survive drying out. In other tardigrades, though, and in the vast majority of other organisms that survive drying, trehalose seems to be a key factor.

In 2018, the Crowes were recipients of the UC Davis Medal, the highest honor the university bestows on individuals, and in May they received the 2019 UC Davis Chancellor’s Award for Lifetime Achievement in Innovation.