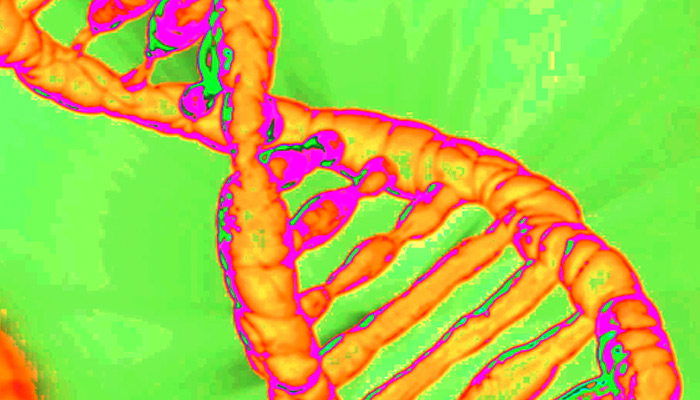 CRISPR/Cas-9 is a powerful new gene modification technology that has the capability to change the genome of any living species, including humans. As part of a seed grant from the Feminist Research Institute, four UC Davis faculty are looking at the implications of this brave new world and developing a feminist framework for the ethics of gene modification.

Below is a Q&A with the researchers, who presented work from their ongoing project, “Developing Feminist Frameworks for Ethics of Genome Modification” at the Feminist Research Institute’s symposium, Feminist Research Across the Disciplines, May 17.

Q: How did each of you get interested in this particular topic?

A: Lisa Ikemoto, School of Law; UCD Health System Bioethics Program; UCD Center for Science and Innovation Studies
One of my research interests is reproductive and genetic technology use. I follow the science, ethics, law and policy conversations these technologies raise. I attended the International Summit on Human Gene Editing in December 2015. I’ve been struck by the scant attention paid to gender, disability and race in discussions about the possibility of using genetic modification.

A: Meaghan O’Keefe, Religious Studies
I’m interested in bioethics and public policy, particularly the way arguments over the ethical uses of biotechnology are framed and articulated by different communities. For example, how does the scientific establishment frame the issue in comparison to scientists who are more junior or outside of institutional power structures? Are there tropes borrowed from other contexts? For example, some have argued that transhumanism is configured in many of the same ways as religious discourse. The re-use, reframing, and recontextualization of traditional figures of philosophical and religious ethics to engage with emerging biotechnologies show how structures of knowledge and proof migrate across discourse communities and are adopted, adapted, or rejected based on their relative rhetorical usefulness.

A: Sarah Perrault, University Writing Program
My research focuses on public science communication, particularly on how it can better foster critical discussions of science-related issues. One major problem in public science communication is the way that promissory technologies are hyped. Hype includes a few common rhetorical moves. First, the research is presented to hopeful publics as far more advanced, certain, and safe than it is known to be. Second, the ethical, legal, and social aspects of the research are treated as externalities rather than as integral to the research itself. And third, critical questions from outside of the scientific research community (and sometimes from within it) are treated as irrelevant, unfounded, or interfering. Public conversations about CRISPR exhibit all of these moves. However, as the Twitter stream from the 2015 Summit on Human Gene Editing shows, they also include counter-moves. Understanding these counter-moves may help me and other rhetoricians better understand how to support more inclusive public science communication.

A: Rana M. Jaleel, Gender, Sexuality and Women’s Studies
Generally, I’m interested in how ideas of consent and coercion operate in various contexts and how they shape what we understand as freedom. CRISPR raises these issues along a number of fronts. How, where, and on what or whom should experiments with genomes take place? What and how are conditions of experimentation deemed acceptable and which are not? These questions touch on paradigmatic areas of critical queer, ethnic, and feminist concern, including reproduction, ecology, social difference, and a commitment to ensuring broad access to technologies while maintaining their responsible usage.

Q: What are some of the challenges you face doing the research?

A: We are an interdisciplinary team. Our conversations are immensely generative. We do have to translate terminology and methodology for each other. Lisa Ikemoto: For me, the challenge is figuring out how to situate the role of ethics and law so that it’s not just my area of expertise, but is part of the project as a whole.

Q: What line of inquiry will you be taking?

A: We’re looking at how technology use and questions about technology use are framed, what language is (and is not) used, and the effects on the quality of discourse, policy and social thinking.

Q: Why is this project important?

A: The issue of purposefully making genetic changes to humans is real now. The technology can be used in two ways – as gene therapy on an individual patient, without affecting that person’s biological descendants. Or it may be used to change not only the patient, but also the patient’s descendants. The technology may be used on very few people or on many. Either way, genetic modification has social implications, and feminist theory has been honed by taking on hard questions about society.