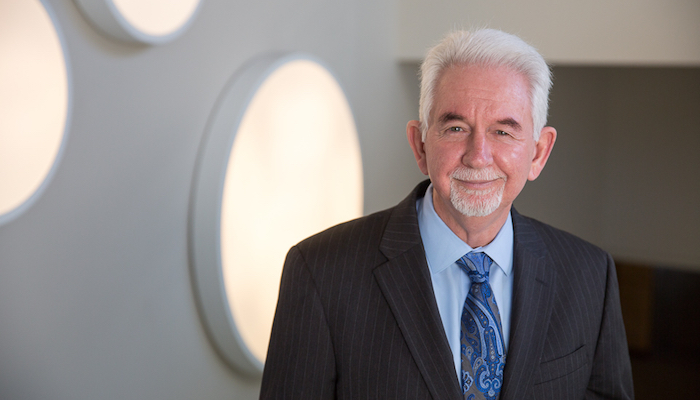 Cameron Carter — a professor in the UC Davis Department of Psychiatry and Behavioral Sciences, and the director of two UC Davis research centers — has been named the interim vice chancellor for the Office of Research.

Cameron Carter — a professor in the UC Davis Department of Psychiatry and Behavioral Sciences, and the director of two UC Davis research centers — has been named the interim vice chancellor for the Office of Research.

Carter officially assumed his new position on Oct. 1. He takes the place of Harris Lewin, who, after serving a five-year term, decided to take up his faculty position and research full time in the Department of Evolution and Ecology and the Genome Center.

Carter first came to UC Davis in 1985 for his residency in psychiatry, after earning his medical degree at the University of Western Australia, and then stayed on for a clinical research fellowship in 1988-89.

He joined the faculty as an assistant professor in 1989 and stayed for four years before going to the University of Pittsburgh and then returned to UC Davis in 2003 as a professor of psychiatry and psychology, and director of the Imaging Research Center.

Carter received the Distinguished Investigator Award from the National Alliance for Research on Schizophrenia and Depression in 2007. The association twice presented him its Young Investigator Award, in 1994 and 1997. His awards from the National Institute of Mental Health include the Independent Scientist Career Award and Mentored Scientist Development Award for Clinicians.

His clinical interest is the early diagnosis and treatment of schizophrenia and other cognitive mental disorders. His research focuses on the pathophysiology of disturbances in cognition in mental disorders such as schizophrenia and obsessive compulsive disorder, with the goal of developing more effective therapies that can improve patients’ chances of rehabilitation.

Carter is also involved in the development of new treatments for cognitive disability in schizophrenia and other brain disorders. A key element of the philosophy of his laboratory is that good clinical research can only proceed if it is being constantly informed by ongoing theoretical and methodological progress in basic cognitive neuroscience, and that the experiments of nature provided by clinical brain disorders may provide us with powerful additional insights into the neural basis of normal cognition.