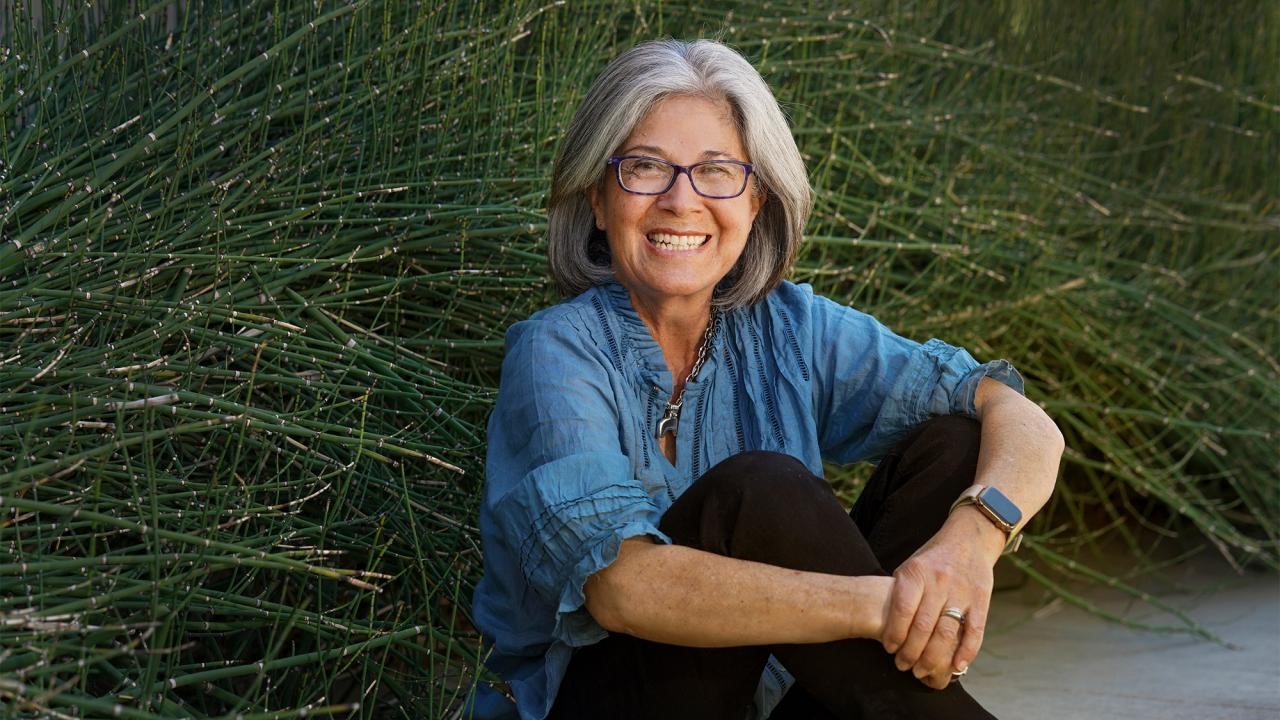 The University of California, Davis, Office of Research is pleased to announce the selection of Isabel Patricia Montañez as the new director of the John Muir Institute of the Environment  (JMIE) effective September 20.

Montañez, a UC Davis distinguished professor and a chancellor’s leadership professor in the Department of Earth and Planetary Sciences, is a renowned field geologist and geochemist specializing in past records of ancient climate change. Her work involves reconstructing global and regional climates, in particular those during warming and major climate and ecosystem perturbations to show how the baseline climate behavior of these interconnected components contribute to future climate change.

“We are thrilled to have Isabel Montañez accept this important leadership role at the John Muir Institute of the Environment,” said Prasant Mohapatra, vice chancellor for Research at UC Davis. “Isabel brings a strong background in climate science and an exciting vision that we expect will advance UC Davis’ impact around the world.”

Montañez will take over the leadership of JMIE later this month from Susan Ustin, distinguished professor emeritus of environmental and resource science, whom has served as interim director of JMIE since August 2020. Mohapatra commented, “On behalf of the entire campus, I would like to thank Susan for her outstanding leadership and deft stewardship of JMIE. We look forward to her continued work with the Muir Institute and with the Office of Research.”

As the new director, Montañez will be applying her research expertise, leadership and advocacy skills to take an active role in catalyzing transdisciplinary efforts that address climate and environmental issues. Montañez envisions a strategic planning effort that builds on the One Climate ‘Big Idea’ initiative, developed under the leadership of Ben Houlton.

“The John Muir Institute of the Environment plays a major role in environmental research and innovation at UC Davis,” said Montañez. “And, it is now well poised to become UCD’s flagship for all aspects of climate change, environmental, and sustainability efforts on campus and to take a seat on the national and international stage.”

To rise to the challenges, Montañez would like to work with campus stakeholders to find novel ways to expand and bring JMIE’s vision to fruition and maximize synergy among the broad span of relevant expertise on campus. Montañez sees the opportunity to work with experts across the campus to develop the Institute into an incubator for next-generation transdisciplinary research and innovation on campus. She also plans to “explore pathways for diversifying the Institute’s fundraising opportunities with an eye on establishing financial stability for its programs.”

Another area where Montañez is deeply committed is making environmental and climate justice a pillar of the Institute. She’s planning to integrate it into all of JMIE’s research, teaching and outreach efforts.

In a two-year National Academies study titled ‘Understanding Earth’s Deep Past: Lessons for our Climate Future’, lead author Montañez shines a light on the earth’s sensitivity to climate change.

Montañez has dedicated over three decades in the UC system to lead robust research programs, develop and teach courses and participate in extensive department, college, campus and professional service. She has co-edited a number of special journal issues, published in many peer-reviewed journals and won multiple grants. In 2021, Montañez received the UC Davis Teaching Prize for Undergraduate Teaching and Scholarly Achievement.

In a career spanning three decades, Montañez held numerous positions of leadership and advocacy including serving as the Vice-President and President of The Geological Society of America, as well as Chair of the Board of Earth Sciences and Resources at the National Academy of Sciences. She is also a member of several committees and boards that address environmental issues, such as the Aspen Global Change Institute, Biosphere 2 board, National Science Foundation advisory committees for the cross-disciplinary program Paleo Perspectives and Climate Change, among others.

Montañez believes that her leadership experience at the national level coupled with skills in strategic planning, vision building and consensus-building will serve her well in this position.

About the John Muir Institute of the Environment

Established in 1997, the Muir Institute supports innovation and discovery aimed at solving real-world environmental problems. The institute’s faculty span all of UC Davis’ colleges and professional schools, with a commitment to strengthening the scientific foundation for environmental decision making through collective entrepreneurship – a team-oriented approach that recognizes the complexities of environmental problems and the societal context in which they occur.