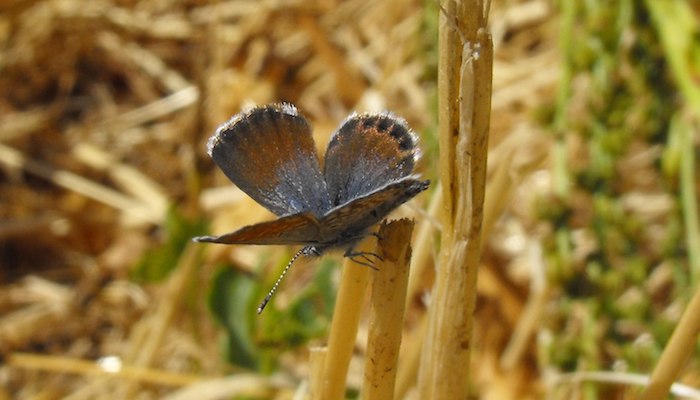 The Western pygmy blue butterfly, one of the smallest butterflies in the world and the smallest in North America, is on of the species that will be sequenced by the Earth BioGenome Project. (Stickpen/Wikipedia Commons) 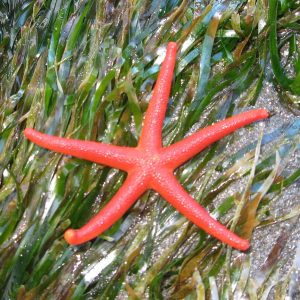 The Earth BioGenome Project (EBP) and Pacific Biosciences of California, Inc., announced yesterday (Feb. 25) that PacBio will support the sequencing of ecologically important organisms in the state of California through the EBP. The effort will be centered at the University of California, Davis.

Launched in 2018, the EBP aims to sequence the DNA of all the planet’s eukaryote biodiversity, some 1.5 million known species, over a period of ten years. Currently, fewer than 4,500, or about 0.3 per cent of all known eukaryotic species have had their genome sequenced, with fewer than 100 at reference quality.

PacBio will sponsor the sequencing for several of these organisms, including terrestrial and marine invertebrate species important to the biodiversity of California, such as the Western pygmy blue butterfly, one of the smallest butterflies in the world and the smallest in North America, and the Pacific blood star, an iconic California sea star with an enigmatic distribution and a representative of a genus of sea stars that appear to be less sensitive to the wasting disease outbreak.

In order to provide scientists with reference-grade genome assemblies for these organisms, the UC Davis Genome Center, a world class facility for genomics research and training, will use the PacBio Sequel II System to generate HiFi reads, which provide highly accurate, long-read sequence data.

“We are grateful to PacBio for supporting these important conservation efforts and we look forward to producing genomic resources that will be invaluable not only for California-based scientists but also for scientists around the world,” said Harris Lewin, PhD, Distinguished Professor at UC Davis and chair of the EBP.

Often only a single, fragmented draft genome is available for a species, genus, or even family, limiting discovery potential across conservation and ecological research efforts investigating genetic diversity, evolution and, among other areas, the impact of changing environments.

By producing high-quality genome assemblies, scientists can pinpoint problems that may, for example, be accelerating a species’ path to extinction and use that information to guide breeding and other programs for more successful outcomes.

Jonas Korlach, PhD, Chief Scientific Officer at PacBio, commented: “It is an honor to support the generation of high-quality reference genomes for organisms that are vital to our home state of California. PacBio has a long and successful track record of working with major genome sequencing programs, such as the EBP-affiliated Vertebrates Genome Project and the Darwin Tree of Life Project, and we are eager to help advance the EBP’s ambitious goals as well.”