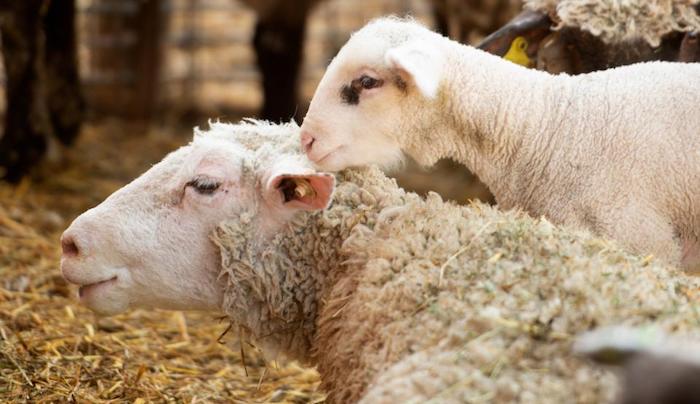 A lamb and ewe at the UC Davis Sheep Barn. Ruminants such as sheep, goats, cattle and deer are among the most successful and widespread groups of mammals. A new study of genomes of 44 wild and domesticated ruminants sheds light on their evolution and success, especially their unique digestive system. (UC Davis photo)

A team of researchers has carried out a detailed study of the genomes of ruminants, giving new insight into their evolution and success.

Ruminants including deer and antelope, as well as sheep, goats, cattle and their wild relatives, have thrived in many ecosystems around the globe. They range in size from the tiny lesser mouse deer of Malaysia to the towering African giraffe. 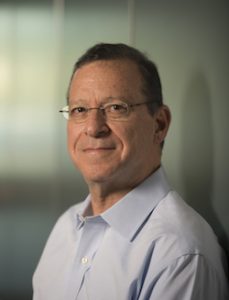 The new study published today (June 21) in Science and led by Wen Wang and Guojie Zhang at the Kunming Institute of Zoology, and Rasmus Heller at the University of Copenhagen, Denmark, included Professor Harris Lewin at the UC Davis Department of Evolution and Ecology and Genome Center.

Ruminants form an important part of U.S. and world agricultural systems. Farms and ranches have an estimated 95 million cattle in the U.S. alone, along with an estimated 5.2 million sheep and 2 million goats.

“As ecosystems around the world begin to show the impact of climate change, knowing what the genes and their variants are can help with conservation efforts of threatened and endangered ruminant species. It can also provide resources to help mitigate the effects of climate change on agricultural commodities, such as breeding cattle, to be more adapted to warmer, drier climates,” said Lewin.

The team generated more than 40 trillion base pairs of raw DNA sequences and assembled them into genomes for 44 species. Based on this data they were able to create a new family tree for ruminants — placing the largest (giraffe) and smallest (lesser mouse deer) on some of the earliest branches after ruminants emerged as a group 32 to 39 million years ago.

“The data produced in this study provides a foundational genomic roadmap for this ecologically and economically important group of mammals,” said Lewin, who also chairs the Earth BioGenome Project, a global effort to sequence the genetic code of all the planet’s eukaryotes — some 1.5 million known species, including all plants, animals, protozoa and fungi. “It is a tremendous resource not only for understanding how evolution has shaped ruminants, but also for understanding the basis of both desirable and undesirable traits, such as inherited diseases.”

Genes for a unique digestive system

All ruminants have a specialized, multichambered stomach that allows them to ferment the plants they eat using microbes and to bring material up for further chewing, aiding digestion. This highly specialized digestive system allows ruminants to make the most of a diet high in otherwise-indigestible cellulose.

The study showed that, among the 295 newly evolved genes identified in ruminants, many were associated with the digestive system, such as the structure and function of the compartmented stomach — the rumen, omasum and abomasum.

The team also identified a number of genes associated with horns and antlers. Ruminants typically have horns or antlers that can play a role in defense or mating behavior.

The researchers were also able to pinpoint evolutionary changes at the species level. As the tallest terrestrial animal, giraffes have a distinct stature and body shape, which likely are adaptions to their savanna habitat. The researchers found that among the 366 genes related to bone development, 115 genes had giraffe-specific mutations.

The ruminant genomes may also hold evidence of humans’ impact on these animals. When the researchers used a method to infer past population size, they found massive declines for more than half the species from 100,000 to 50,000 years ago — around the time modern humans left Africa and spread around the world.

The researchers have created the Ruminant Genome Database, a public collection of the genomic and transcriptomic data presented in their study.

The work was supported by a number of agencies and foundations in China, Europe and the U.S. The UC Davis portion was funded by the U.S. Department of Agriculture and the Robert and Rosabel Osborne Endowment.